All was fine in Twitterville yesterday until… well until it broke down but that’s besides the point… I was labelled a liberal feminist. Now, being called a feminist is not a bad thing but the stereotypes attached to it and the extreme hatred with which the words were uttered was nothing short of f*cking ridiculous! 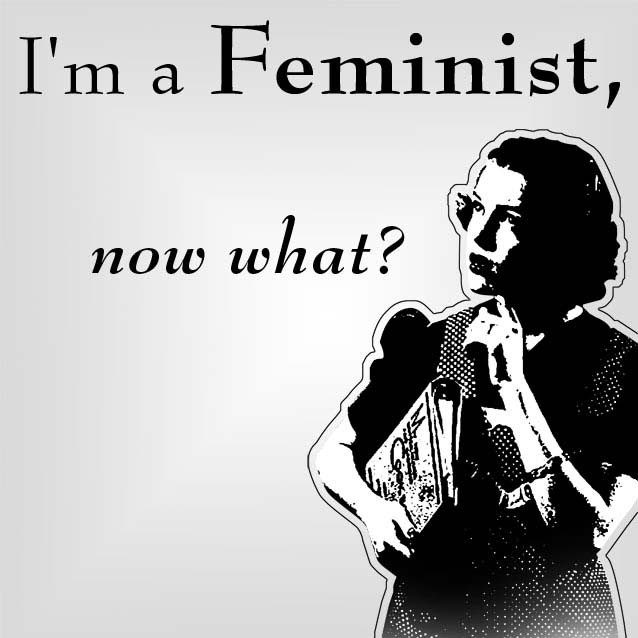 It was not until last year that I finally began to explore / understand the concept of feminism, thanks to Karen Schulman Dupuis. Prior to that I had a rather negative view of feminism because, well, the media, more often than not, tells us that feminists are bra hating, hairy legged uncivilized buffoons.

But what feminism really is equal rights for women.

While the movement gained momentum in the 20th century, it has its roots in the French Revolution of the 1700s when women began to push for equal rights, (Side note: I am not a fan of the term ‘fight’ because no one should have to FIGHT for their RIGHTS, in an ideal world that is!) equal participation and being able to participate in equal dialogue with men.

It was started because there was a need for it and as with any social movement, not everything is black and white. There is a spectrum of feminists, if you will, which ranges from radical feminists to those who believe in the idea of feminism but are uncomfortable with embracing and supporting the cause; to each their own.

But what does it mean to be labelled a liberal feminist?

Just run a simple google search on ‘I am a liberal feminist’ and this is what comes up as the top 2 results.

And well according to the trolls, I am one of those women “who thinks women at home means women imprisonment.”

To you my ignorant friends I have this to say:

So, O’ sweet strange troll I would just like to thank you for making me realize that yes I am a feminist and a rather liberal one at that and that I believe in equality and and and that I will always speak up against bogus ideas and people who are stuck in the dark ages and believe that women belong at home; it should be a choice. Also, Identity crisis resolved!

View all posts by roastedkeyboard

2 thoughts on “Identity Crisis Resolved: I am a Liberal Feminist”

Have Your Say! Cancel reply